This past Friday (4/23/18) I was participating in a NAVHDA NA test with my Pudelpointer named Murphy. We had completed the fieldwork and tracking part of the test and were traveling to a nearby river to do the water part of the test. On the way there, I was t-boned by a car going extremely fast. It flipped my truck and we went airborne. No one was injured thankfully.

My pup was in his kennel in the bed of the truck. I had put an insulated kennel cover on it which had rings for the tie-down straps. I had four straps ratcheted tight on the kennel cover in their rings. Unfortunately, those rings failed. My kennel did not. Murphy was thrown from the truck approximately 50 feet and landed in a nearby field still in his kennel. The only damage to the kennel was the door!! The rest was completely intact. Murphy was shaken up but completely uninjured. He was given a clean bill of health by our vet and finished his testing. He got a perfect score of 112 Prize 1.

Thanks for such an amazing product. I am so glad I took the advice of my breeder and bought this kennel when I bought the pup. 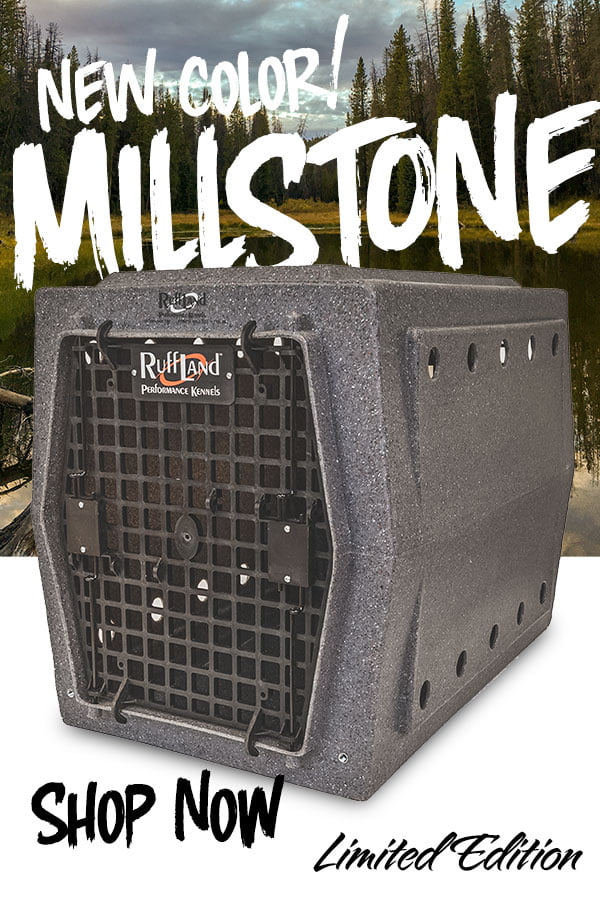 Due to an unexpected delay in the delivery of raw material for our new Millstone kennels, production is now expected to begin by March 1. We apologize for any inconvenience that this may have caused.